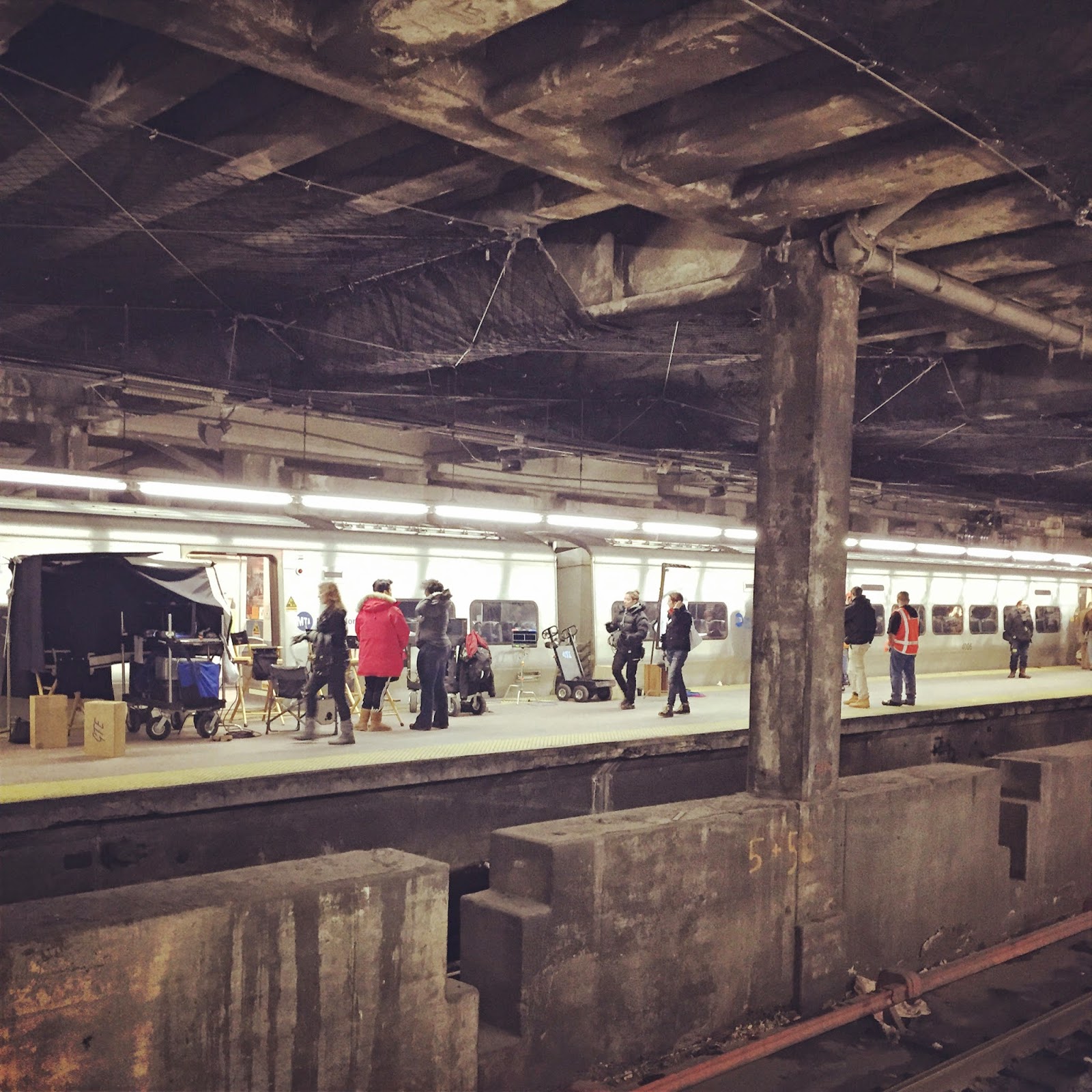 I used to work in film and television production so whenever I see a shoot I get a little misty. It's the kind of thing where you forget the bad parts, e.g. the 14-hour days and the low pay, and you remember the camaraderie, that magic of making a film, and the memories that only come from spending hours on end with people, some who you barely know, who turn into good friends. I can't help identifying with this and I always feel the need to share it. 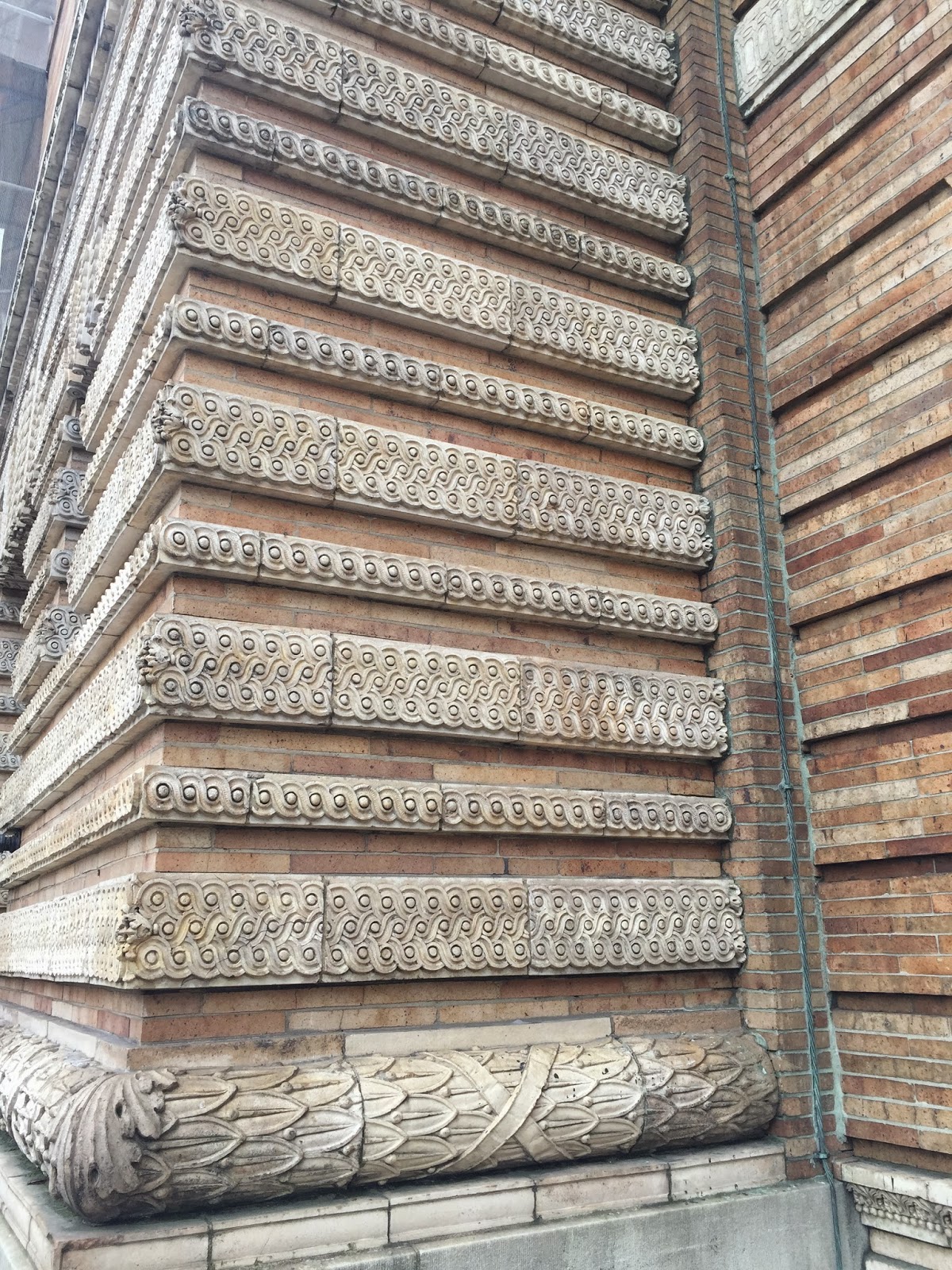 This wall is on West 4th Street opposite Washington Square Park. I have walked that block more than a few times and never noticed it, but it is one of the most ornate facades I've seen in the city. If I never noticed it, I figured other people may not have, so that's why I felt it was worth sharing. 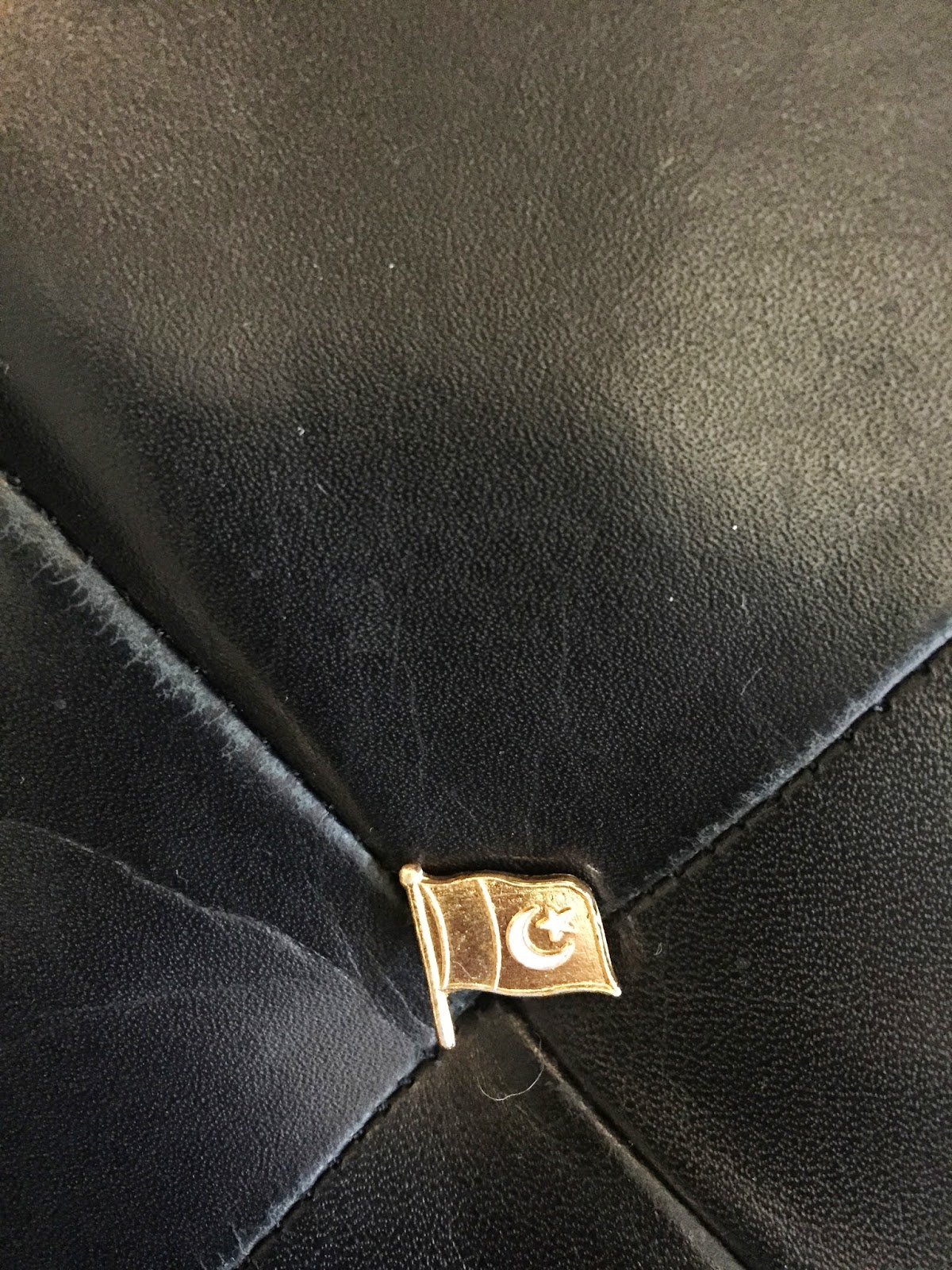 I found this pin in the lobby of Bobst Library, as I was eating a breakfast sandwich on one of the benches. I think it is Islamic in some way, though I don't think it's the flag of a specific country (or at least I couldn't find the country it represents). It was very shiny and I left on the bench for someone else to find and/or claim. I probably shared this photo because I don't know that much about Islam and finding this flag pin reminded me of that somehow. 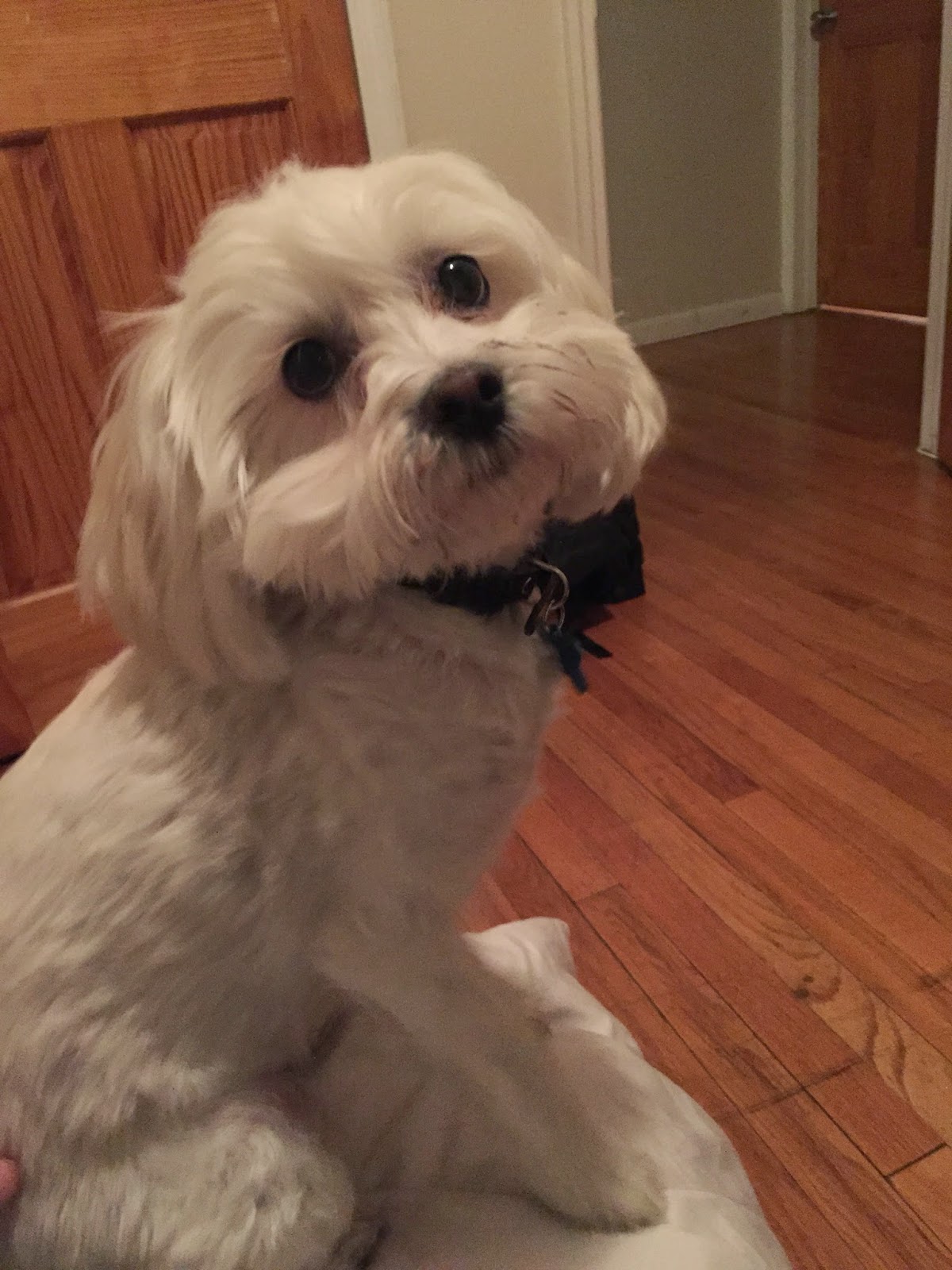 This pup is a temporary companion of mine, and this face was too precious not to capture. I think there is a gamesmanship related to cute pet photos; everyone wants to take the end-all cute photo but it is in fact impossible. Just when you think you've seen the cutest possible photo, along comes one that is cuter, and the cycle continues. This was my most recent contribution to that cycle. 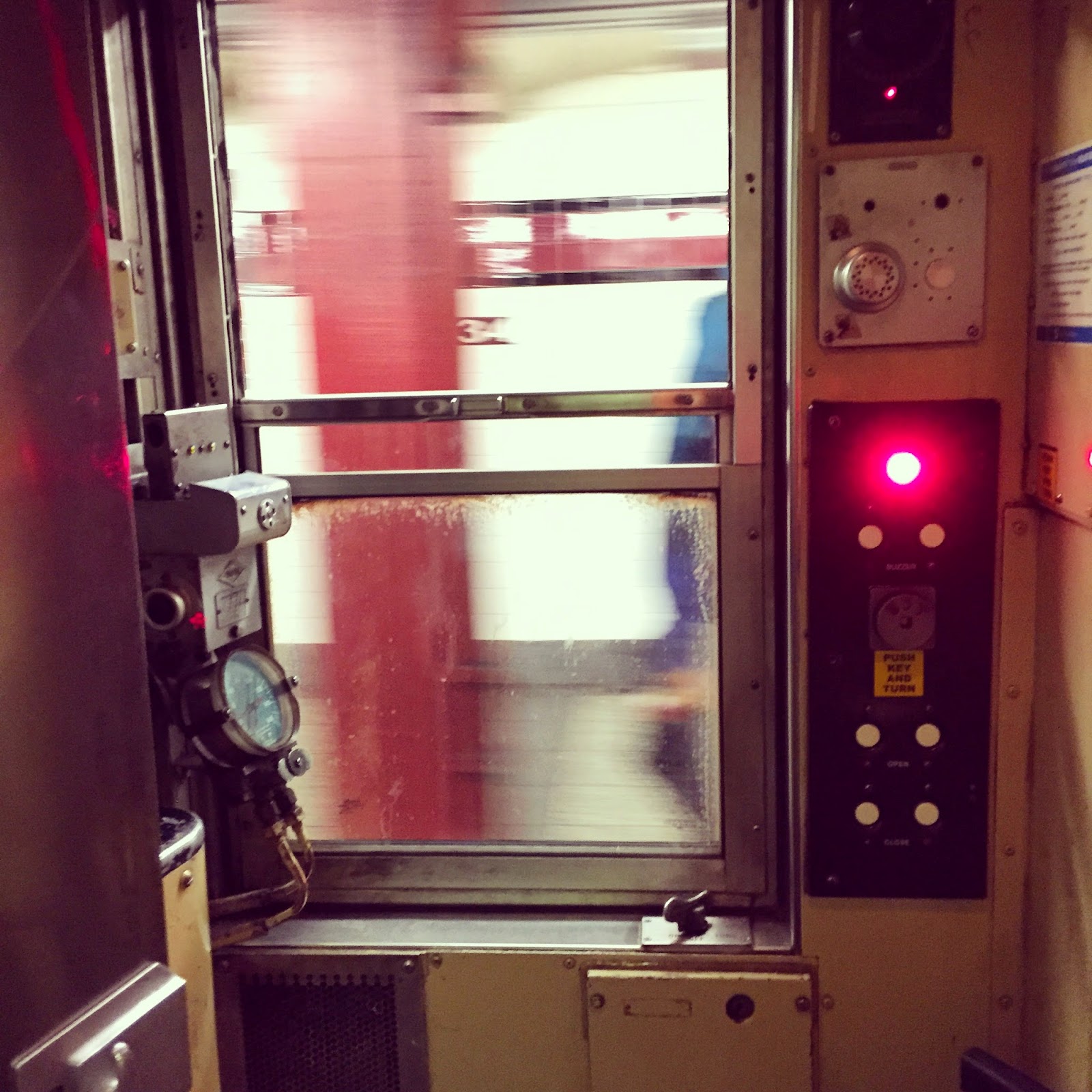 I love this photo and was very eager to share it because it's a perspective not often seen (and isn't that what we all strive for in our photo sharing?). I was on the E train and the door to the driver's compartment was open. I was able to snap a photo of the interior of this compartment, which is not normally in public view. As a transit fanatic, I appreciate this because I'm always looking to better understand how the systems work.
Posted by Abe Rubenstein on Wednesday, February 11, 2015

Email ThisBlogThis!Share to TwitterShare to FacebookShare to Pinterest
Labels: Making Sense of Wearables