1UP is a small clip-on device that tracks your physical activity throughout the day. It is designed around the fundamental tenet that most people don't want to quantify themselves to obtain data, they want to know what they should do to be healthy.

1UP is a simple indicator of activity through the use of a Bluetooth LE link to your gyroscope/accelerometer-enabled mobile device. At any given time it reports one of three states: 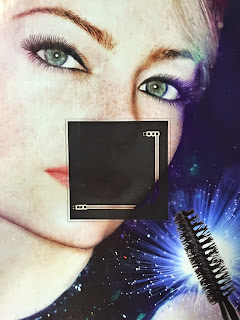 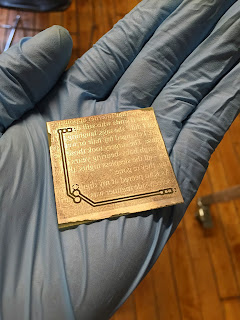 With the generous assistance of Mr. Fletcher Bach, I etched my first custom circuit. It has two LEDs and two 220 Ω resistors. I surface mounted the components for a thinner profile. There are also three holes for pins to connect to the TinyDuino that I used as the microcontroller. 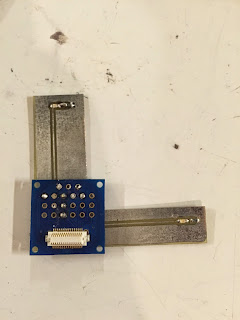 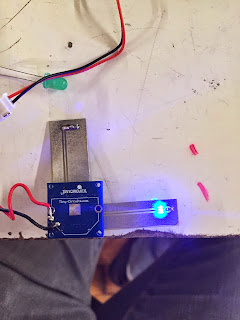 After cutting the excess wafer, I soldered the TinyDuino to the board. It didn't work at first because I had put both LEDs backwards, but after troubleshooting this it works perfectly. 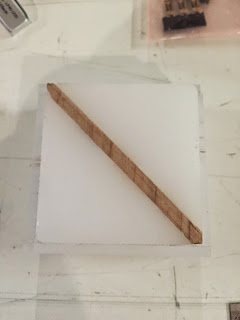 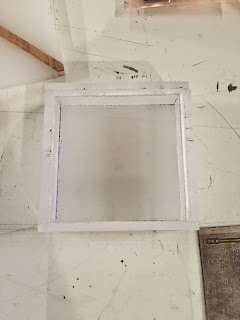 The enclosure is a small acrylic box with a cover of two halves of acrylic sandwiching a strip of wood.

Key challenges encountered:
Insights:
After creating this device, I finally understand why the concept of wearables has been so slow to take off. It's an incredibly hard design and development process that requires knowledge in several very different fields. I now have more of a respect for why "failed" wearables fail.