Get the code: Processing

Taking the color hue test is a way to gauge your color acuity, or perception of changes in color. A perfect score is 0, which means that you successfully arranged the elements of each color gradient in the correct order. I scored 8 so it seems I am quite colorfully acute.

The other part of this assignment was to create a color composition and alter it in a few ways. Below are my compositions. The first is the original and the other three have been manipulated by hue, brightness, and saturation, respectively. 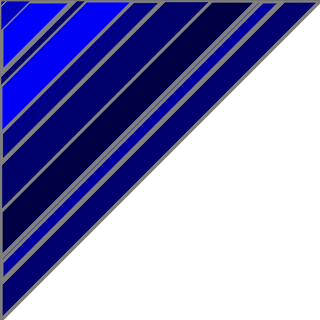 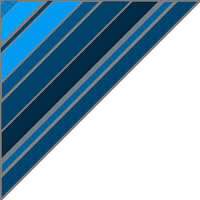 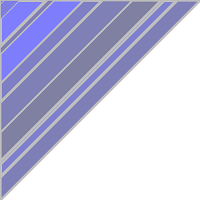 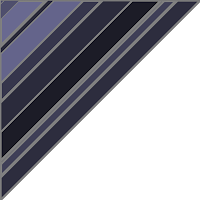 Posted by Abe Rubenstein on Tuesday, December 10, 2013 No comments: 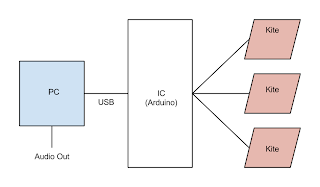 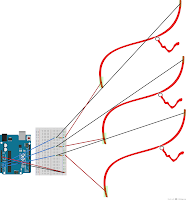 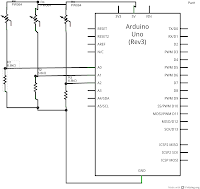 The project was well received by our class. One interesting thing was that most of the users, when asked later, didn't know where the sound was coming from (computer speakers sitting on a shelf). This pointed to the fact that we had completely engaged them to the point that they didn't even think about the system's operation. This fact was a big achievement for us and will undoubtedly influence our future design decisions for this project and others to come.
Posted by Abe Rubenstein on Monday, December 09, 2013 1 comment:

I think Chevrolet has a very successful logo. The Chevrolet Bowtie, as its called, is a simple shape which can be used for just about anything. It can be embellished or left plain. It can stand alone or with a title. It's so good that it can be used equally well as a 3-D garnish on a vehicle or a 2-D emblem on a page.

The history of the Bowtie, according to the official Chevy Culture page, is up for debate. There are no less than four competing theories, and each one is speculative at best. The only certainty is that the logo was introduced in 1913 by the company's co-founder, William C. Durant. The possible sources of inspiration include:


The Bowtie is powerful regardless of its origins, and I kind of enjoy the fact that the genesis of such a successful design has been lost to time. It adds to long tradition of this logo and proves that good design often comes from serendipity, something that I experienced while redesigning the ITP logo.


ITP does have a logo but I had to do some serious digging to find it. It's not easily found on the ITP website and maybe that's because it's fallen out of favor. I myself don't really like it - I think it's cheesy and has a weird sense of visual weight. What's more commonly seen instead are the letters "ITP" in a thick sans-serif font. This is a boring, if not uninspiring, representation of a community that puts such emphasis on creativity and communication.

I started by sketching logos and evolving forms which I found appealing. My first ideas included an arrow to symbolize forward-thinking. On its own, this didn't produce great results, but it indirectly led me to considering the "P" as a shape instead of a letter; specifically, a semi-circle attached to a rectangle.

By the second page I had mostly scrapped the arrow idea and was experimenting with ways to pack the three letter shapes together to minimize open space. After sleeping on the designs, I chose to continue with the very last one from the second page.

Once I starting trying colors from the NYU color palette, it was clear that this design had more potential than I originally thought. Instead of having a completely white "T" as in my sketch, I blended the colors where the letters overlapped (using this Color Blender tool).  The result is a much more interesting logo that still has the simplicity of the original design.

The fading not only solved the problem of the top bar of the "T" disappearing off the logo on a white background, but it also lends the logo nicely to single-color applications, which is important so that it can be used in a multitude of ways.

Two unexpected things came out of this.  The first is that the overlap of the "I" and the "T" looks like it could be the dot of the "I", which is a nice effect.  The second is that this design makes the "I" and the "P" stand out significantly. With the unique approach to Intellectual Property taken at ITP, this seems to be particularly apt.

Posted by Abe Rubenstein on Wednesday, December 04, 2013 No comments: