County names = state names and a map of the news

I wanted to make an interesting map of all U.S. counties that are named after U.S. states. I was able to display the shapes of such counties but was unable to do anything further - following the slides verbatim I couldn't get ST_MakeLine to work (after substituting my own table names). Here's the initial map I created using the following SQL.

From here I was hoping to draw lines connecting the center of each shown county to the center of each state, respectively. There are a ton of counties named Washington and I wanted to show the intensities of the various namesakes. Again, I couldn't make the map, but here's a mockup of what could've been. 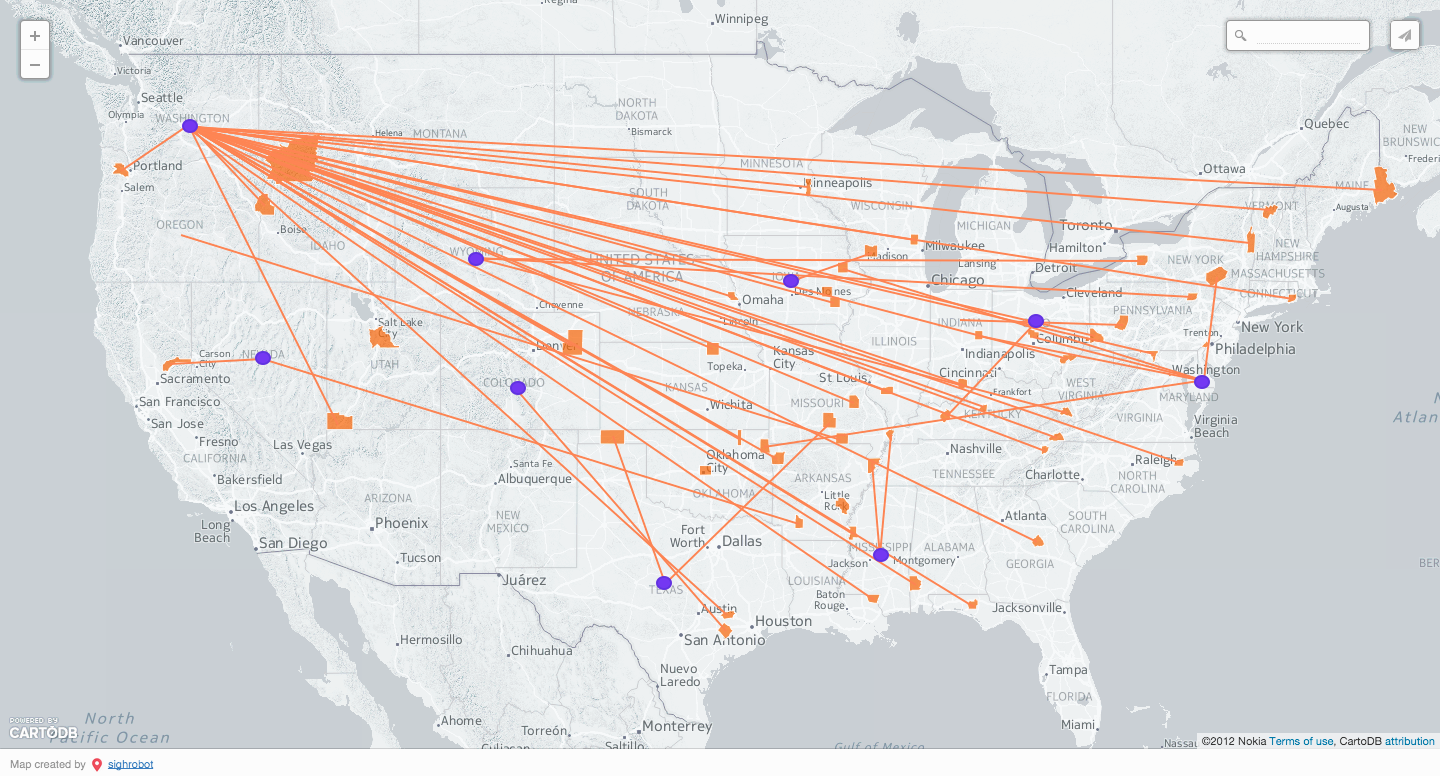