The kinetic challenge was a project that asked us to keep an LED lit as long as possible by storing kinetic energy. I attempted to make my own gearing for a DC motor that would generate enough electricity to not only power an LED but charge several capacitors as well.

To prove the concept I started by using a 9V battery as the power source. This made it easy to test the capacitors and experiment with different components to maximize the discharge time. 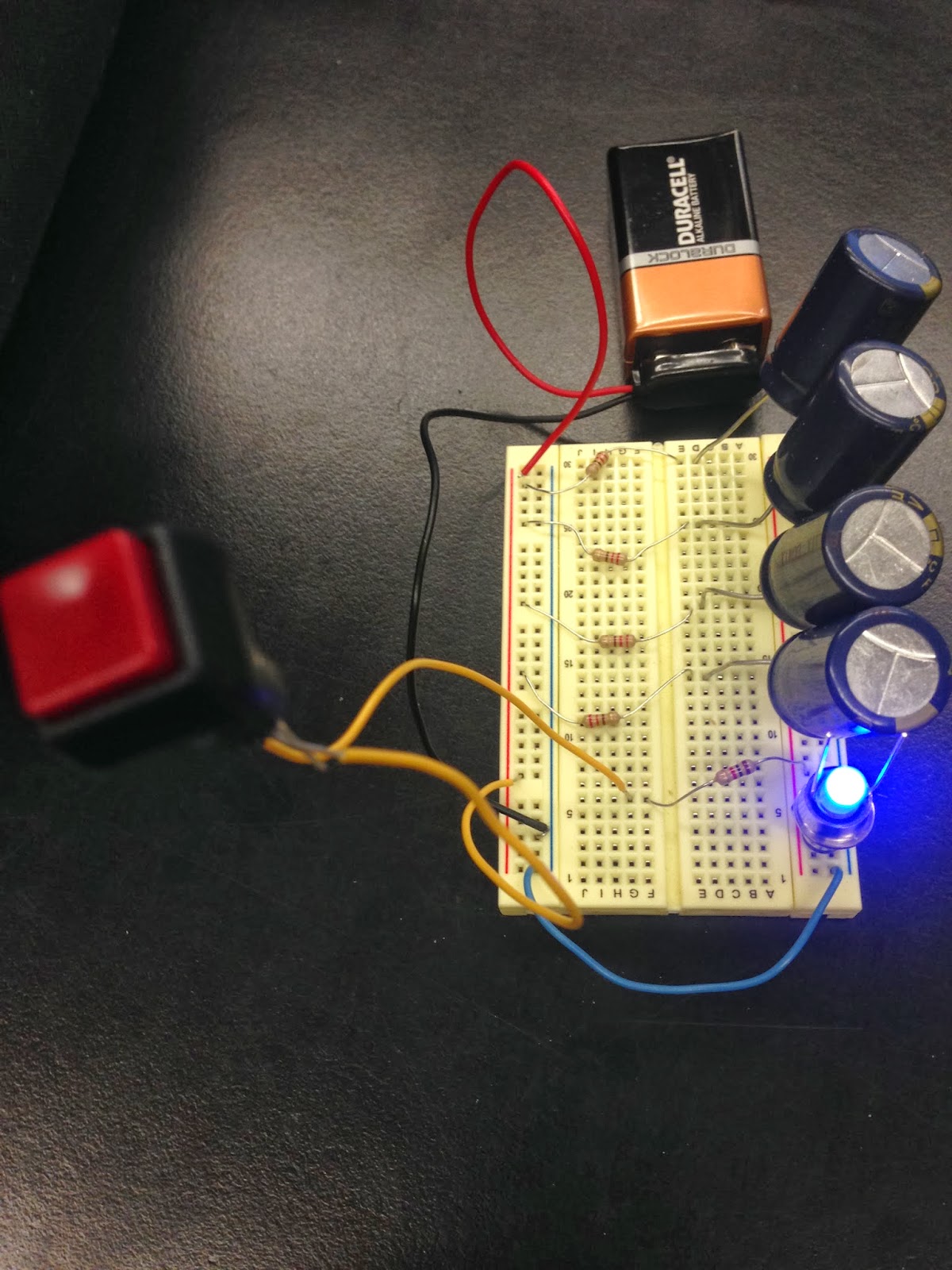 I found this schematic on technologystudent.com which suggested that a resistor in series before each capacitor would lengthen the amount of time it took for each capacitor to discharge.

I tried it out and it did improve my results, so my circuit essentially looked like the diagram, except for differing resistor values (220 Ω before each capacitor and 1 kΩ before the LED). The capacitors were 4,700 µF (4.7 mF), the largest capacitance I could find in the shop. The first photo is of the circuit without the resistors. 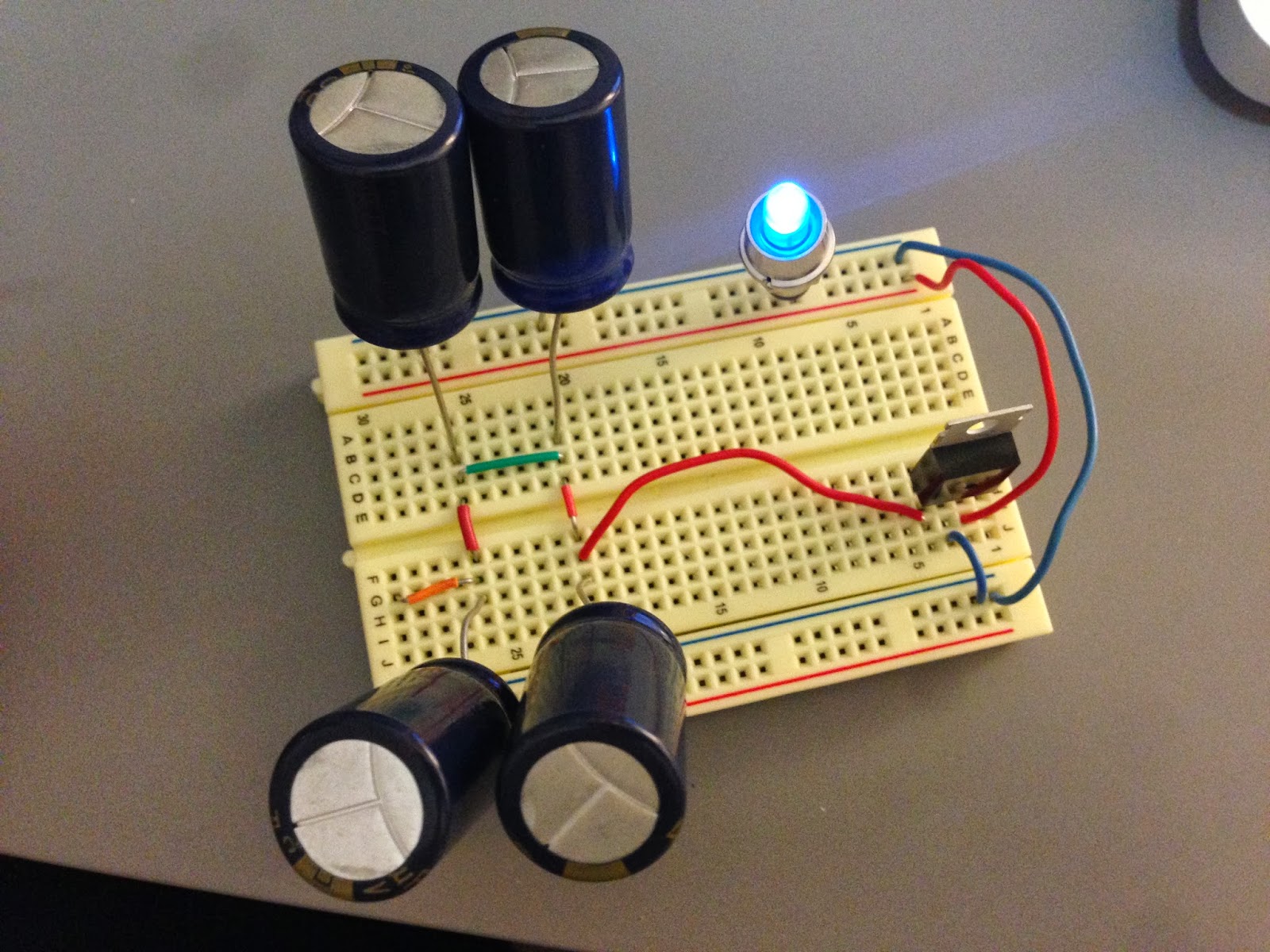 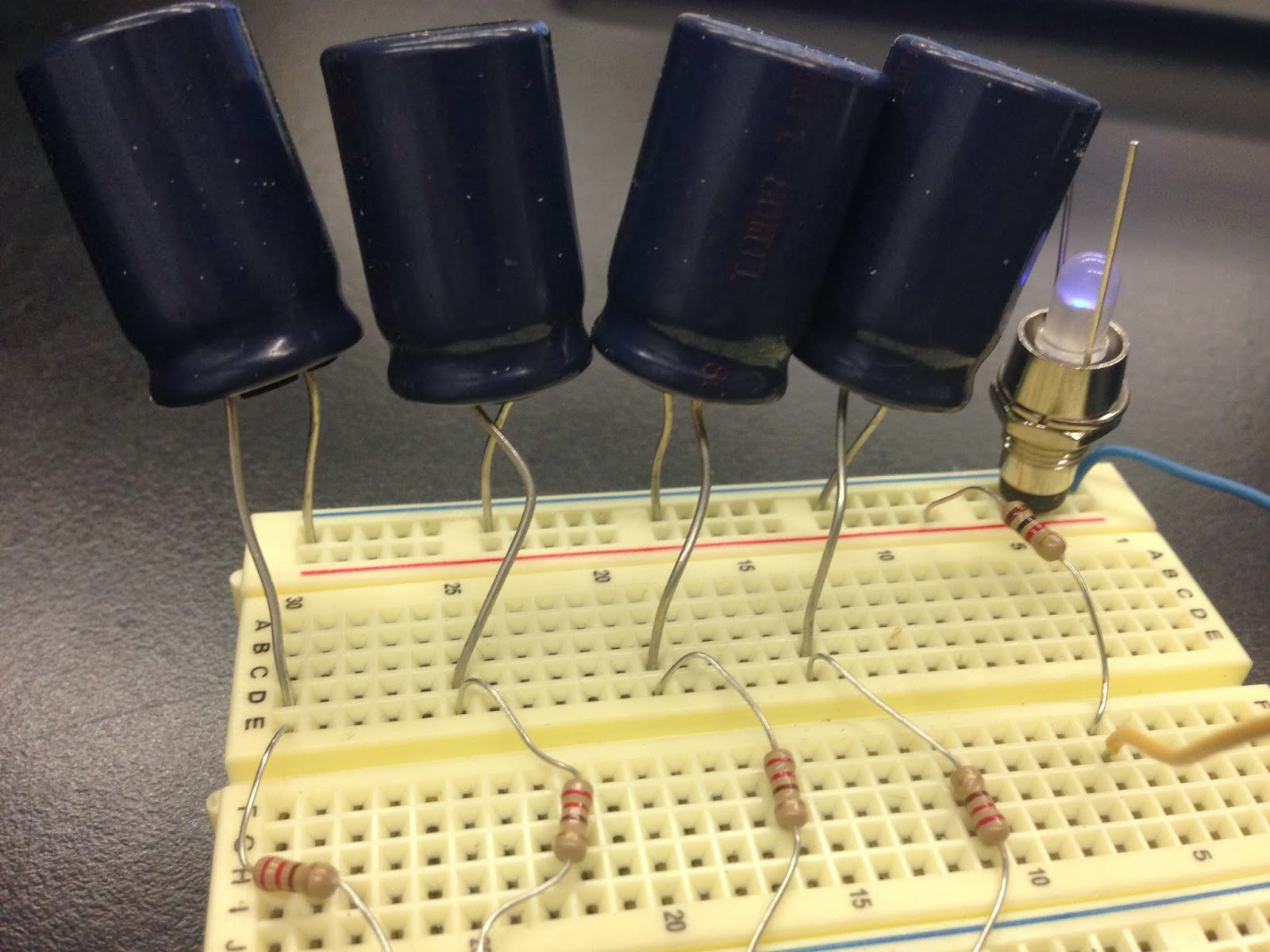 The last step was to create a gearing that would allow a crank to generate a sufficiently high, smooth voltage into the capacitors. I made a larger gear by hand that was meant to work with the gear that was permanently attached to the motor; however, the gear was far from perfect and I also ran into problems physically mounting the system. 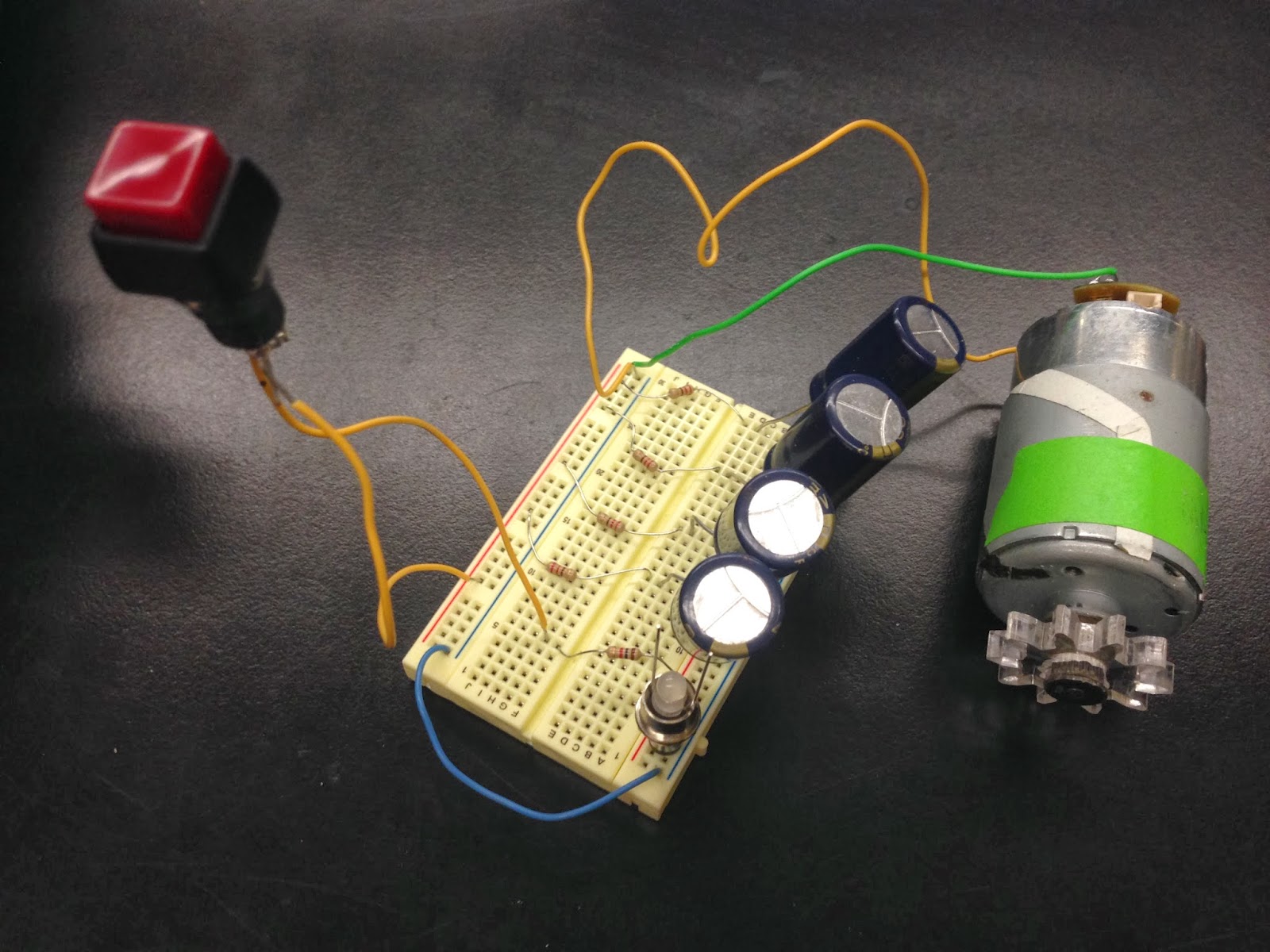 In the end the system failed. I don't have a picture to illustrate this but the setup was not sufficient to power the LED, even by bypassing the capacitors. I learned that testing with ideal power sources can be both a blessing and a curse because it can cause you to overlook the fact that a large part of your system is not being sufficiently vetted for feasibility. On the other hand I now have a better grasp of how to control an electric source, which will undoubtedly come in handy in the solar challenge coming up next.
Posted by Abe Rubenstein on Tuesday, February 25, 2014

Email ThisBlogThis!Share to TwitterShare to FacebookShare to Pinterest
Labels: Energy