I have been spending a lot of time trying out different color schemes for the Sonome heatmap. Even if all of the sensors are working and successfully transmitting to the server, the visualization could easily be ruined by using the wrong palette.

I decided to focus on a single color because I think it will stand out beautifully on a minimal, sparse background. The final floor plan image will use even thinner lines than the one shown here so there will be plenty of negative space for everything to breathe.

Below are some possible options, the last being the stock heatmap colors for comparison (gradient from blue to green to red). I am favoring #1 but am curious about the grayscale versions because I think they are visually compelling as well.

In addition to the graphic design, I have pressed onward with creating an XBee network. Right now I'm borrowing 4 XBee modules and can successfully send packets from each transmitter to the master receiver. However, I am still hard at work figuring out the best way to send the data from the receiver XBee to the Arduino, and through to the web server. 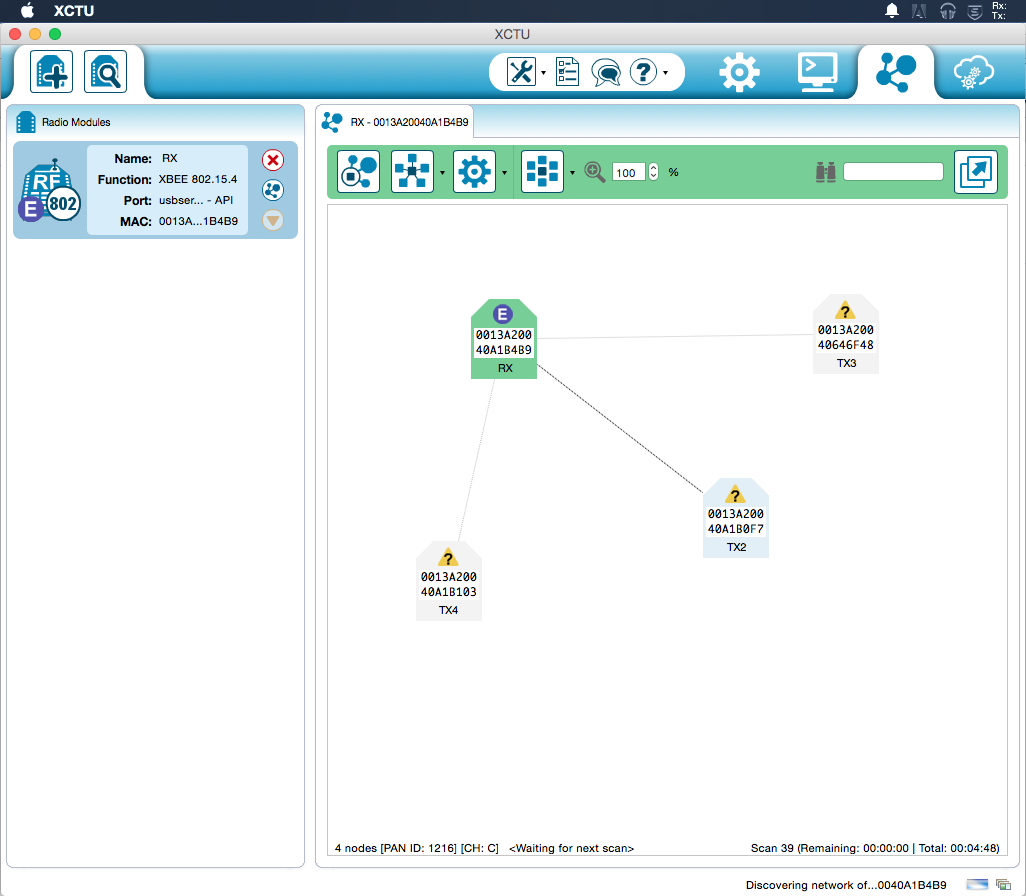 The program XCTU makes programming the modules so much easier. As shown above, it even can visually display the network topography. This has proven helpful in testing multiple modules at once. I have researched further techniques for managing the barrage of data received by the single receiver. One technique is to stagger the transmit rate of each module by a few milliseconds in order to reduce overlap.

I configured the XBees using custom parameters, including the use of API mode, which allows them to send packets instead of simply serial data. This makes it possible to identify the source transmitter from the data alone. Also I am much more confident that I won't run into RF interference problems from other XBees because of the steps I've taken to isolate them in one part of the XBee wireless spectrum.